The United Nations estimates 60,000 people have tried to cross the Mediterranean this year. Nearly 2,000 have died this year trying to reach Europe from Africa. This is a 20-fold increase for the same time period in 2014 where fewer than 100 perished at sea. 800 of these deaths occurred in the middle of April off the coast of Libya when a fishing trawler collided with a Portuguese container ship. The current lack of law and order in Libya has led to a situation where no state entity is able to control territory, borders – and or sea. As such, hordes of smuggling gangs have manifested and acted with impunity.

Migrants hoping to reach Europe are often told they are purchasing a seat on a “big boat.” More often than not, however, what is waiting is a small dinghy where they are forced to enter at gunpoint. Those who refuse are reported to be shot. Before boarding, migrants are held prisoners on a farm for weeks and sometimes even months before departure where reports have emerged of abuse, beatings, sickness, starvation, and death.

Survivors of the accident mentioned above claim the smugglers wanted to fit 1,200 people on the 66-foot boat. Those on the doomed fishing trawler mentioned above paid between $700 and $7,000 to board. Passengers with the least amount of money were stuffed in the hold.

Not all rescued migrants share the same fate. Those picked up by the Libyan coast guard are held in detention until their country of origin is determined and are then deported. Migrants picked up by European rescuers have somewhat more fortunate circumstances. Upon reaching ports in southern Europe such as Catania in Sicily they have their names and photographs taken by authorities and are then moved to Red Cross tents where they receive food and shelter.

Lawrence Jolles, a spokesman for the UN High Commissioner for Refugees, says that at the moment, the UNHCR has less-than-adequate capacities for rescuing these migrants who choose to flee their country of origin for Europe. Leaders from the European Union have pledged to triple funding for Frontex, the EU border agency, and have even gone so far as to threaten military strikes against smugglers’ boats. While the UNHCR says the EU needs further mechanisms other than its current spending plan, this is an improvement over the former plan of cutting the number of rescue boats in hopes of discouraging migrants from crossing the Mediterranean.

As weather improves, more migrants will make the journey. The question therefore seems to be how to stop people from risking their lives trying to reach Europe by means of human smugglers. Some have suggested joint UN-EU safe zones be set up in North African countries where migrants can apply for asylum before embarking on the treacherous journey. While noble, this is an unlikely solution. For starters, Libya currently has two rival governments operating within its borders. Secondly, most migrants fear they are not eligible for asylum and would be labeled as economic migrants (as absurd as that may be). Europe in general and Britain in particular has received a lot of flack for its perceived failure to act. As Stefan Soesanto of the Pacific Forum Center for Strategic and International Studies notes, it is easy to blame Europe, yet the reality of the situation hovers between “an open-door policy that allows for overall legal migration to Europe and… a full-fledged deterrence policy that militarizes European maritime security and border surveillance.” The EU has put together a ten-point plan to combat the crisis that is a hybrid of the two. The plan, backed by foreign and interior ministers, is as follows:

1. The EU will reinforce the EU’s maritime patrolling operations in the Mediterranean, called Triton and Poseidon, by giving them more money and equipment. The EU will also extend their scope to patrol a wider area of sea.
2. The bloc will make a systematic effort to capture and destroy vessels used by the people smugglers, using the EU’s counter-piracy “Atalanta” operation off Somalia as a model. EU officials said it would be a combined civilian and military operation but gave no more details.
3. The EU’s law enforcement, border control, asylum and prosecutors’ agencies will meet regularly and work closely to gather information on how the smugglers operate, to trace their funds and help investigate them.
4. The European Union’s asylum support office will to deploy teams in Italy and Greece for joint processing of asylum applications.
5. EU governments will fingerprint all migrants.
6. The EU will consider options for an “emergency relocation mechanism” for migrants.
7. The European Commission will launch a voluntary pilot project on resettling [5,000] refugees across the EU.
8. The EU will establish a new return program for rapid return of “irregular” migrants coordinated by EU agency Frontex from the EU’s Mediterranean countries.
9. The EU will engage with countries surrounding Libya through a joint effort between the Commission and the EU’s diplomatic service.
10. The EU will deploy immigration liaison officers abroad to gather intelligence on migratory flows and strengthen the role of the EU delegations.

This is a step in the right direction, however as the BBC’s Chris Morris notes, the current funding for rescue operations is at 1/3 of what it was last year. Doubling that funding, which is what the EU has proposed, will still be less than the amount of funding received in 2014. Also, the pilot program designed to admit 5,000 asylum seekers sounds good, but this number is a drop in the bucket compared to the 170,000 refugees admitted in 2014 in Italy alone. Furthermore, going after smugglers is a monumental task. Will the EU authorities go after boats? If so, will this be through targeted military operations or by destroying abandoned boats at sea? As Patrick Kingsley of the Guardian explains, smuggling operations include more than just the boat drivers. There are brokers, drivers, people selling wholesale life jackets, boat owners, passport forgers, and bribes for the coast guard to look the other way. Even if all the smuggling networks are taken out, the demand to reach Europe will still be present. Blaming Europe or blaming the smugglers is not what the global community’s voice should be targeting. If the ultimate goal is to prevent flight in the first place, then we need to look at the causes for flight.

The majority of migrants rescued at sea come from places like Nigeria, where Boko Haram seemingly kidnaps girls at will for trying to go to school; Gambia, where homosexuality is illegal and President Al Hadij Yahya Jamen threatened to slit the throats of all gay men in the country; Ghana, who has been plagued with an energy crisis for the past three years; Syria, which is in the midst of a four-year-long civil war and also a stronghold for ISIS; Libya, which has fallen into chaos after the fall of Gaddafi and is on the verge of becoming a failed state; Eritrea, “a harsh, brutal dictatorship” called the North Korea of Africa; Somalia, which has been largely lawless and without a functioning government since 1991 and is terrorized by Al Shabaab; Mali, which suffered a coup in 2012; Sierra Leone, ground zero of the Ebola outbreak last year which is still ravaging the country; and Senegal, with rampant unemployment that reached 48% in 2014.

Whether it be for equal access to education, reliable infrastructure, sexual freedom, better medical care, or peace, refugees are fleeing their countries of origin in search of a better life and the prospect of a grim death while packed to the brim in the bottom of a dinghy is not nearly enough to deter them from doing so. While the multi-pronged approach proposed by the EU is a proper reactionary tool, another tenor must be added to this mechanism in order to preemptively gut the problem at its source. I am not suggesting military interventions, but rather increased foreign aid, investment, cooperation and engagement from developing countries in order to bring these nations into the 21st century where the rights of all are respected.

The above is a republication from Human First, a human-rights-themed blog focusing on human rights issues across the globe.

Do Economic Sanctions Work? The Answer is Still No. 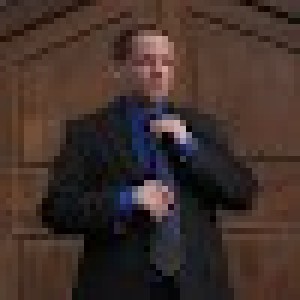 Dylan holds a master's in Global Affairs and Policy from Yonsei University. His expertise are in human rights, refugees, humanitarianism, and North Korea. Dylan teaches International Business and Korean Studies at Belmont University in Nashville, Tennessee. He has previously worked in refugee resettlement both in South Korea and the United States. Dylan also runs Human First, a human-rights-themed blog which can be found at firstwearehuman.blogspot.com.