Ideally the modern state is supposed to generate the necessary basic conditions for its citizen’s wellbeing and continuously improve its own systems in order to improve its citizen’s quality of living. The globally trending prescription to achieve these aims is decentralization and local governance. Several countries, such as Korea, Brazil, Thailand, Uganda, Indonesia, and Peru, among others, have all recently tried to strengthen local governments.

In larger countries and countries with diverse populations, such as Peru, it is especially necessary to disseminate the central government’s power and authority to local and regional governments. In that way, each sub-government can communicate with citizens directly and can serve them faster and more efficiently. According to The Economic Commission for Latin America and the Caribbean (ECLAC), Peru has developed its GDP 5.2% in the past 10 years. In addition, the United Nations Development Program (UNDP) Human Development Index (HDI) shows an increased HDI rate from 0.67 in 2002 to 0.73 in 2012. However, the problem that Peru faces is that the development of the country did not happen evenly in each region, but is rather predominantly concentrated in Lima, the capital of the country and the location of the central government. It would not be unsurprising if visitors to Lima alone came away with the impression that Peru is a well-developed country. However, the country faces extremely large gaps between rural and urban areas regarding basic necessities such as public infrastructure services and in economic measures such as the poverty rate.

The Peruvian government officially began to enact a decentralization process starting in 2002, but as of yet the plan has yielded little meaningful results. Moreover, some academics and politicians blame inefficient and abstract planning as contributing to the prevalence of corruption at the regional government level in the last few years. The root of the problems with Peru’s decentralization process is that the plan was elaborated macro-regionally, without attention to finer details in execution and with no concrete political division. Thus, the government could not provide appropriate training in management, accountability, and transparency for public administrators and governors. Peru held a regional presidential election in October 2014, and despite this is still experiencing a persistent problem of corruption such as money washing, bribing, hiding money, and so on. After the new regional presidential election, the National Assembly of Regional Governments also designated the president from one of the regions in Peru, La Libertad, as the organizational president to represent at Congress in January 2015. After he was elected, he promised that he would try to promote the creation of a regional community of project management for local development and will unite efforts and resources. This mancommunidad envisioned sharing financial resources and “best practices” to better strengthen regional governments. However, since then no noticeable action has been taken, nor have agreements been made in the absence of effective training for leaders and the long-term period of corruption. 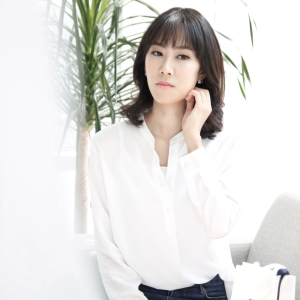 Sunyoung Park works for an NGO in Peru on development projects. Her research interests include youth governance and economic development.

Despite a great deal of discussion on the information economy in recent years, (much of it

Ever since the end of the 15th century, Latin America has been seen by outsiders overwhelmingly